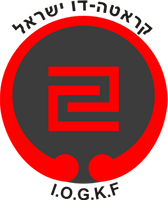 The International Okinawan Goju-Ryu Karate-Do Federation (IOGKF) was established in July 1979 at a meeting held in Poole, England, at the first ever IOGKF International Gasshuku (training camp). The IOGKF was established by sensei Morio Higaonna with the support and backing of Mr. Ken Miyagi (fourth son of Grandmaster Chojun Miyagi, founder of Goju-Ryu), senior Sensei in Okinawa (many of them students of Chojun Miyagi), and senior students of Master Kanryo Higaonna.

The original purpose of the IOGKF, as set forth then, was to preserve and protect the true teachings and philosophy of Grandmaster Chojun Miyagi, and to spread these teachings throughout the world. This purpose still remains as the primary theme of the IOGKF today. To this end, training seminars and training camps are conducted around the world by Higaonna Sensei each year, as well as by many of his senior students. Because of the great dedication and determination of Higaonna Sensei and other senior members, the IOGKF now has approximately 50,000 affiliated members in over 50 nations around the world.

The Technical Headquarters (Technical Honbu) for the IOGKF, however, remains in Okinawa, and Higaonna Sensei himself teaches classes, when he is not teaching gasshuku in other countries.